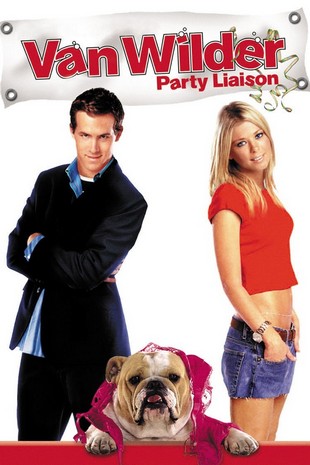 Reid is a beautiful journalist, who is assigned the job of interviewing the most popular guy on campus, Van Wilder. Van should have graduated long ago, but stays on to create the best time for anyone who requests it. When Gwen finally encounters Van, she makes him realize that he might be afraid to graduate.

Van Wilder is a guy who has been at his college for seven years. He spends most of his time throwing parties and “fund raisers”. When his father decides that it’s time for tough love, he doesn’t pay his tuition. So Van becomes a professional party thrower. At the same time, Gwen who writes for the college paper, is tasked with doing a story on him, but Van is too busy partying to do that. So she writes it using info from people who talk about him and writes an unflattering piece, which doesn’t make him happy. He then dares her to see if she can get the true story but is more interested in trying to score with her, which is not easy because she has a boyfriend, who is a snob, and who is not too happy with the amount time she is spending with him. So he tries to get rid of him.

Now running his seventh year as a perpetual undergraduate, Van Wilder, a college sluggard and the campus’ soul, faces a real crisis for the first time in years: his father has decided to cut off his tuition in the hope of getting him to graduate. As a result, Van Wilder sets out to earn money by organising college parties, the only thing he knows best, while at the same time, Gwen, the campus’ newspaper reporter, is assigned to write an exposé about Van. Will the coolest guy in college make it this time?